how are you doing? i hope it is good news.

since i will be moving tomorrow (aka packing frantically for 5 hours to drive for 2), i won't have time for any blogging. frowny face! but to raise spirits, i wanted to post 5 more of my favorite tunes and 5 pics that i hope you like. have an enjoy!


gray is awesome. this is not my favorite song of his, and for some reason he does touhou arranges, but his other works were not readily available on youtube. scratch that, here's another if you liked it: http://www.youtube.com/watch?v=Cl9lDMjYxyg&feature=related


what's up with the anime photos on these... anyway, this is shu okuyama. he does some amazing french house as well. i listen to this when i read scary stories on a website. i'll have to post another song that i really like of his later.


it's songs like this that make me hate youtube (not to mention the upload is low quality). the bass is ear shattering at normal levels if you play it in the car. mellow goth jazz. it's one of those songs that makes your eyes unfocus and your heart beat slower.


ambient dubstep. pacheko has other good songs, they just don't have any wobble in them. and i know how much all of you tards like wobble. and it has a video of a guy motocrossing in the desert! how neat. here's my favorite, since i know you all will like him: http://youtu.be/lvvzBgfThXE


i didn't like this song the first time i heard it. i thought the first two minutes were too choppy, then there was a second part that was really good, and then third part i was like "oh, wow." my mind was blown. this puts the intelligence in idm. it's like a math problem that solves itself after you're done listening. 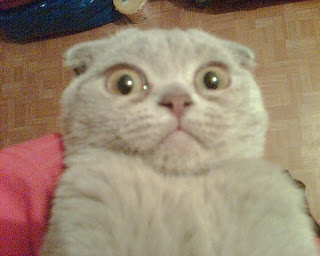 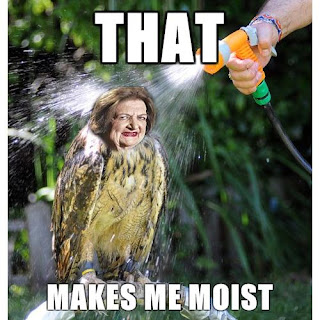 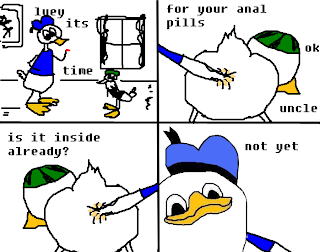 i found this gem on some site i can't remember the name of... 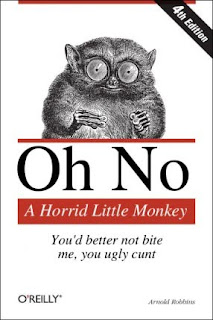 this one is old, but it makes me laugh every time. 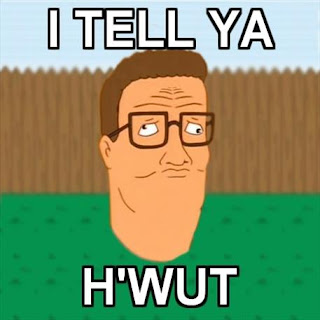 hank hill is the character of the century. the everyman. everystraightman.

Good luck with the move dude! Always exciting when settling down in a new place.

Good luck with the move!

Hey man, good luck. Look forward to hearing from you when you're back.

Try not lifting with your back when ure moving boxes, shit's gonna kill!

Dammit Bobbeh. I've got propane in my urethra.

all the best with the move. packing sucks!

Wow looking more into these artists that you posted.

tricycle is ok, and that " makes me moist" picture got me loling.

Interesting music. I found a DJ melodie song that is just... extremely cheerful.

Not sure if that is your cup of tea.

I am going to be honest, I did not listen to a single song on here. I do like the skinny way you have them set up though. Also good luck moving.

I found moving never fun. You need months to find your way around, to meet new people... Hope you find your place soon.

good luck with the move! ironically, I just moved too...

Hope everything goes well! Those songs were awesome btw

Thanks for Dolan duck, def my favorite.

goodluck with the move. its never fun lol

Good luck with that.

Some of the images are just so, so wrong :D

Good luck with the move.

Best of luck with the move! Hope it isn't as painful as most are.

Good luck with the move, bro.

hahaha made me LOL, have a good move! not too bad of a drive :P

All five songs were good, but the first one was best.

have fun in the new place :)

don't lose anything while moving :) And love the kitten pic :)

Just the random guy on the web! said...

How do you get the youtube videos to play in that size?? too awsome

good luck with the move!

good luck with the move.

lol not yet donald, those comics always crack me up

Good luck with the move!

The Facts of Vidya said...

Best of luck with the move!

were does that that makes me moist old lady come from?

Looking forward for more of your posts :)

Moving is a pain in the ass. Hopefully youll be right lol

i hate moving yet you seem excited?